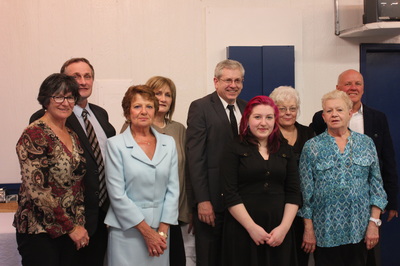 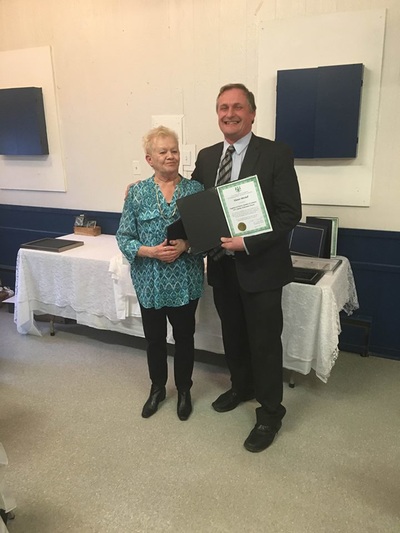 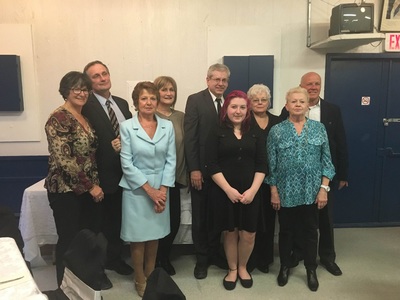 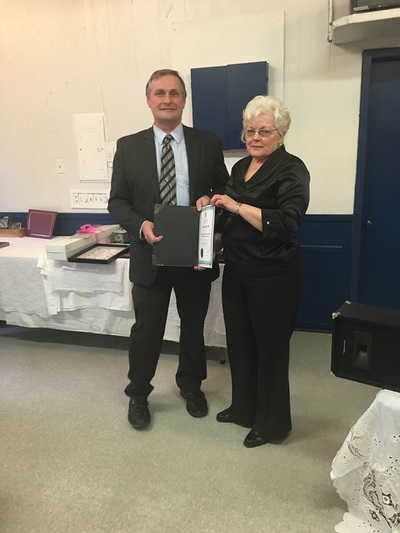 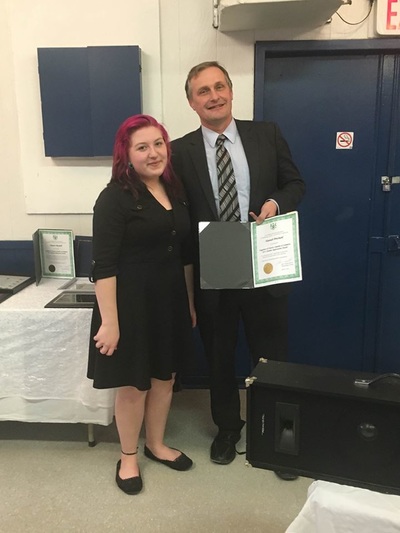 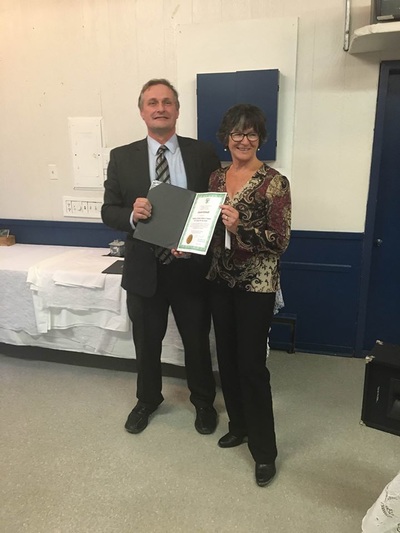 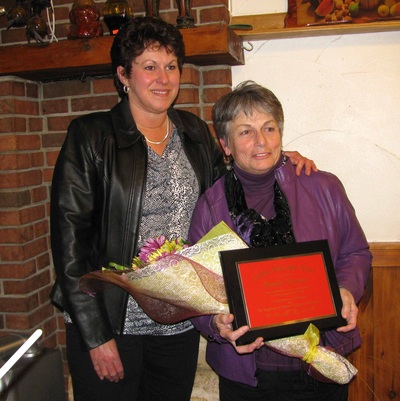 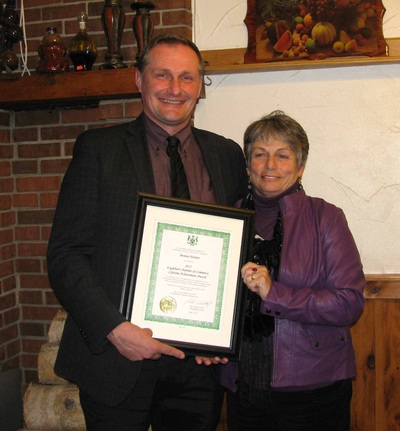 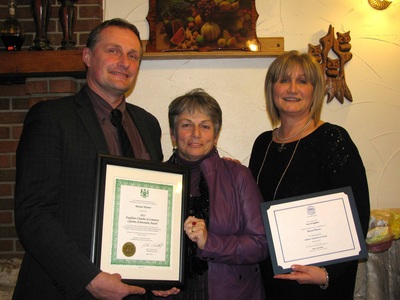 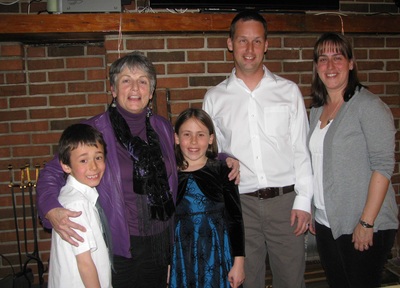 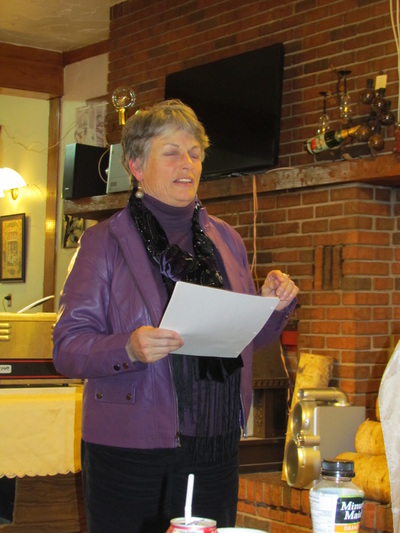 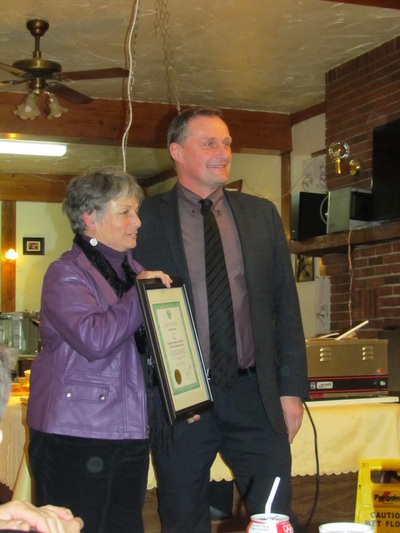 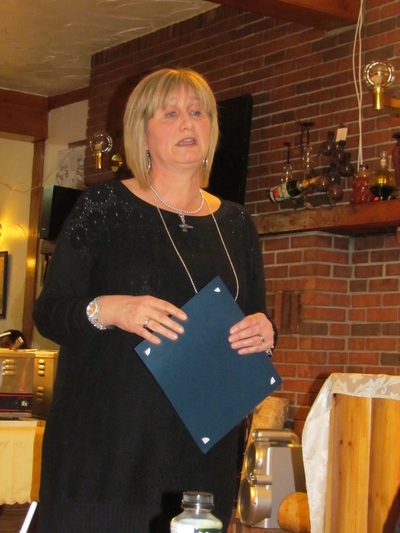 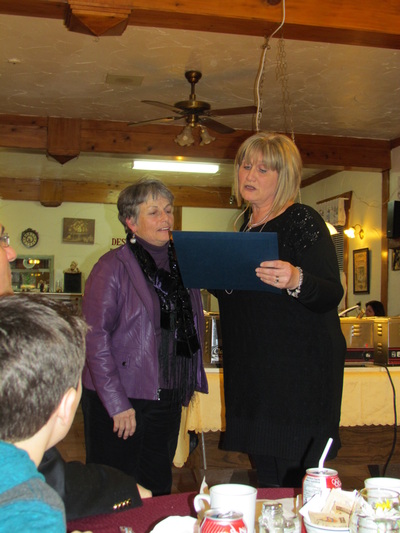 Click on picture to enlarge. (Photos courtesy of E. Fisher)
Bonnie Warner has been a very involved person in the life of Englehart and surrounding area for many years. We are proud to nominate her for your consideration for the honour of being awarded the ‘Lifetime Achievement Award. Below we have outlined some of her achievements and services throughout the years. Much of this was accomplished while raising three children and helping to run a business.

Teaching Career: Bonnie worked at Charlton Public and Englehart Public Schools (after an earlier career in KLCVI), and worked diligently as a Junior Kindergarten teacher at EPS. As such, she touched the lives of hundreds of young children in our town, ensuring they were off to a good start in their education. Since retiring from teaching several years ago, Bonnie has continued to volunteer her services to the school, through work in the Millennium Garden, volunteering in primary classrooms’ science activities, and helping organize White Elephant Sales.

Englehart Area Artists: Bonnie served as the Secretary of this local organization for several years, and was responsible for many important aspects of the club. She has spread the word of the importance of art in the lives of northerners and has brought pleasure to the community through her participation in art shows and by volunteering to work with residents of Northview Nursing Home, helping them to produce their own works of art.

Englehart and Area Historical Museum: Bonnie has recently become a member of the Museum Board and takes an active role in the running of activities, such as shows, teas, and much more. She has been a great help in the transition between curators.

Englehart and District Horticultural Society:  Bonnie joined the Society over 40 years ago and quickly became very involved in the affairs of this group. She soon became a Director and was responsible of committees such as Programme, Monthly Bulletin, Festival of Flowers, Spring Plant and Bake Sale, and much, much more. She rose through the ranks of Second and First Vice president, and actually served two years as President in three different decades. Bonnie is always the first to volunteer for any job that needs doing within the Society and has worked many long hours helping improve the lives of local people through her work on the Civic Improvement Committee, being involved in the planning, planting, and maintenance of town flower beds. She has also been very involved with the planning and planting of the Centennial Park.
Bonnie enjoys working with children, and in the past has served as a leader of the Junior Garden Club for many years. She was responsible for inculcating a love of nature in hundreds of children over these years. She has also helped to organize and provide trophies for the Youth Garden Competition, an annual event sponsored by the Horticultural Society. She has been responsible for the organization of the annual Festival of Flowers, which brings people to our town to view what we can do here in the Englehart area. She has participated in Garden Tours, has taken university courses to become a ‘Master Gardener’, responsible for educating people in the field of horticulture and all its many facets. She attended and passed the requirements of Judging Schools and as a result is an accredited judge. She has been in demand and has judged at fairs and flower shows in our area and throughout the north. She is always popular as a speaker and demonstrator in various areas of horticulture and is willing and eager to assist anyone with questions and problems in their yards and gardens.

District 12 Ontario Northeast Horticultural Association: Bonnie has served several terms as Director of District 12, an area which runs from north of North Bay to Kapuskasing. As such, she has been involved in organizing meetings and events both away and here in Englehart. These meetings bring people from throughout the northeast to our town. She has arranged for knowledgeable speakers to address not only her own club, but anyone interested.

Ontario Horticultural Association: As District Director, Bonnie was expected to attend meetings of the umbrella organization for all horticultural societies and districts in the province of Ontario, and has been involved in the planning and running of conventions and meetings throughout the province, including here in the north. She also served as Secretary to the OHA for many years, a very important position, and also was the editor of the OHA’s magazine, published seasonally. She often used her position of editor to include information about our area and everybody in the organization knew where Englehart was.

Englehart and District Agricultural Society: Bonnie has belonged to this local organization for many years, and has taken on many jobs, including the roles of Director, President, and Secretary. As such, she was greatly involved in the day to day business of the organization and the running of the Englehart Fall Fairs, often wearing several hats and handling a variety of jobs with her usual quiet efficiency. She has represented the Englehart Society at District and Provincial Meetings throughout her years of service. 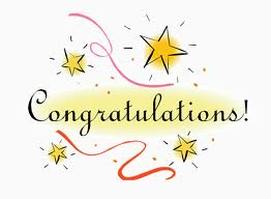 Sponsored by the Englehart and District Chamber of Commerce 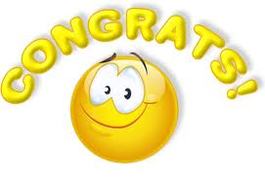